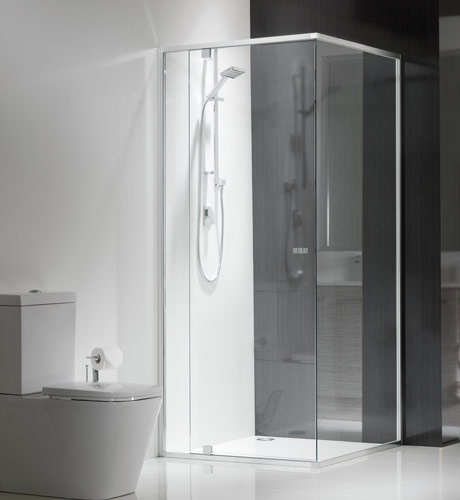 The Vogue Semi-Frameless shower screen has a modern square profile that matches with contemporary square tap ware. It has a pivot design which allows for a totally frameless door. This gives the shower screen a modern minimalist appearance for easy cleaning. GLI has added a magnetic door latch mechanism to hold the door in place when closed.

The inline pivot system design on the Vogue allows the door to swing out and in over 180 degrees. The inline panel design also allows for multiple options in positioning the door on the front of the screen.